Last night I watched a television program called “Weediquette”, which I have been watching from the first show. This program is very much a pro- marijuana program, Which interviews and reports on both the medicinal and recreational perspective of the Marijuana business, and individuals using/selling marijuana products.

Tonight’s show caused a lot of thought and pondering for me. I wanted to share my thoughts on this, but want to stress that this is my perspective. I understand others may have a different take on the same show, but I’m the one sharing my perspective.  I hope that what I write here will cause some reflection and thoughts for you as well.

On 09-14-16, “Weediquette’s” new episode was entitled “ Pot Powwow”, focusing on a Native American Tribe wanting to  grow Pot to save their tribe. In this episode the host reports on the Paiute Indian Tribe of Las Vegas and how these Native Americans are wanting ( and now in the process of ) growing marijuana on their reservation in an attempt to save themselves from extinction.  The show states that so far, every Native American tribe to grow marijuana has been shut down by police.

But now that Medical Marijuana has been approved in the State of Nevada, the Paiute Tribe of Las Vegas is looking to marijuana as a way to save their tribe from what they feel would otherwise be their extinction. There appears also to be interest from outside marijuana growers. With hopes of teaming up with the Paiute Tribe because of the tax breaks, and other benefits that would be realized through their partnership. Knowing they themselves would not be able or qualify for these benefits under normal circumstances.  You can view  the episode trailer here: https://www.youtube.com/watch?v=jLDo_5c5aTU

While viewing this show and afterwards, I had several thoughts running through my mind ; Some of those thoughts were:

Have Native Americans forgotten, or are they ignoring the detrimental effects of addiction  on Native American tribe(s) and their community with alcohol alone?
In searching for a revenue stream to sustain their tribe, why would Marijuana be the first choice of the tribe for revenue?
Are they only interested in the money? Or are they truly looking to save the tribe from extinction?
What steps have already been taken, if any, to thwart the many problems and issues they will face as a tribe? Do they feel that only through the growth and sale of marijuana will there be a  “fix”?
Are the Native American People again being taken advantage of through the establishment and sale of marijuana, by avoiding the many regulations and taxes a marijuana dispensary would ordinarily be subject to in a normal urban or rural America setting?
I understand and realize that the Native American tribes have been subjected to many hardships, with promises made and broken, being taken advantage of, and truly having been subjected to treatment that would  be classified as racism. Is “Big Marijuana” interested in providing an industry to the Native American people to help them; prosper,and give them what they feel would be hope for the future?; On the other hand, is this simply an opportunity for the industry to avoid excessive taxation and restrictions?

I fear that greed and the allure of  “easy money” is the motivating factor in this choice. I think, in watching this show, that the Paiute Tribe is aware of the addiction, crime, and other negative elements which will come along with this industry. Accepting that these elements will enter their community, and knowing some of these crimes will be committed by their own people. Using the “lesser of two evils” mentality, they are choosing to allow the bad to come with the good, hoping that their financial gains will outweigh the negative byproducts in the end.

Marijuana, medical or recreational, has become the modern day snake oil, peddled by those who could care less about the end result.  If the vision of those in charge is simply one of possible financial gain, without weighing the possible negative effects, then what will the cost be for generations to come?

In the end, is this simply an industry filled with greed, looking to make quick money, peddling a substance that could, like alcohol, victimize a particular part of our society again? I say yes, and am ashamed that those in power are too weak, or lack the character to care, or speak up about these inherent dangers. I fear that this will be a defining moment, further hurting those who are looking for “the pot of gold at the end of the rainbow”. 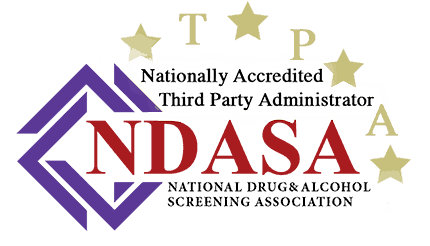